When you visit Liguria there are some activities that you absolutely must do. Among these, you certainly cannot miss a dip in the sea of ​​one of our beautiful beaches, or in the pool, if you don’t like sand. But in addition to total relaxation, our region also offers more, such as its characteristic hinterland.

In this article we want to take you to Zuccarello, a small village – one of the most beautiful in Italy – nestled in the valley of the Neva stream.

How to get to Zuccarello

Zuccarello is just 30 kilometers from our apartments in Andora. It can be reached by taking the motorway, but if you have time we suggest you take the Aurelia. This stretch of panoramic road, in fact, is considered one of the most evocative of Western Liguria. In addition, you will also be able to meet other characteristic villages, such as Colla Micheri and Laigueglia. Once reached the seaside village, it is necessary to take the Aurelia Bis towards Albenga. At this point, follow the provincial road 582 for a few more kilometers, passing Villanova d’Albenga and Cisano sul Neva, to finally reach Zuccarello.

The history of Zuccarello

Before entering the medieval village of Zuccarello, it is good to know at least a few episodes related to its origins. The structural and architectural layout of the town is medieval, as it is easy to guess. And its birth dates back just to that period. We know for sure, in fact, that its foundation date is April 4, 1248, thanks to a notarial deed kept in the historical archive of the Municipality.

The document reminds us that the Clavesana marquises, historical lords of the territory, committed themselves to defend the Val Neva (at the time called vallis Cohedani), at the time exhausted by continuous armed disputes. Indeed, the support of the feudal lords had to be considered fundamental to the troops encamped under the ancient castle, if the population asked them for help. In exchange, according to the notarial deed, the local representatives pledged to build the town by Christmas 1249.

Zuccarello endowed itself with statutes in 1281, among the oldest in Liguria. In the 14th century the control of the village passed to the Del Carretto family, thanks to the marriage between Caterina di Clavesana and Enrico II Del Carretto di Finale. Following the extinction of the Clavesana male line, the Del Carretto family soon expanded their properties, obtaining numerous riches. With Carlo I Del Carretto, in fact, Zuccarello became the seat of the Marquisate of the same name, including various castles and fortifications such as Castelvecchio di Rocca Barbena, Balestrino, Erli and Nasino.

Much of the fortune of the Ligurian family is due to the relationship of personal devotion to the Visconti, dukes of Milan, even if, from 1449, the marquises Carlo and Giorgino Del Carretto declared themselves vassals of the Republic of Genoa.

What to see in Zuccarello

Anyone who arrives in Zuccarello from the south door is greeted by the bronze statue of a young girl in medieval clothes. Most people might think she is the protagonist of a fairytale or a courteous novel, which well adapts to the atmosphere of the village of Zuccarello. As a matter of fact, none of this.

The figure in question reminds us of the likeness of Ilaria Del Carretto, the true VIP of the Val Neva. We are talking about a historical figure who really existed, but with an unfortunate fate. Daughter of Carlo I Del Carretto, first marquis of Zuccarello, she was given in marriage to the lord of Lucca Paolo Guinigi, but died in childbirth at the age of only 26. To celebrate her memory, her husband asked the well-known sculptor Jacopo della Quercia to create one of the best-known funeral monuments in the history of art, now housed in the cathedral of San Martino in Lucca. Her face as an eternal girl is sweet in her eternal rest, and the dog that sleeps at her feet, a symbol of fidelity, moves us.

Like any self-respecting medieval village, Zuccarello also retains its ancient gates. The most important are the Porta Soprana and the Porta Sottana, but also the Bridge and the Mill ones still resist.

Walking along the main street you will be enchanted by the curious structure of the historic center, with its arcades and the traces of the ancient shops, where you can still see the small windows next to the doors, which served as shop windows. Here too, the maze of alleys that catapult us into a fairytale atmosphere, with small stone houses, arches and wooden doors, is inevitable.

But the real surprise is the Romanesque bridge over the Neva stream. The constant roar of the river accompanies anyone who crosses it, and is perhaps the most photographed place in the village.

Moreover, walking lovers can take an agile path to discover the castle of Zuccarello, where they can admire the remains of the ancient fortification, built before the village, probably in the twelfth century.

In short, there are many places to visit around Andora, and Zuccarello is certainly one of the destinations not to be missed! 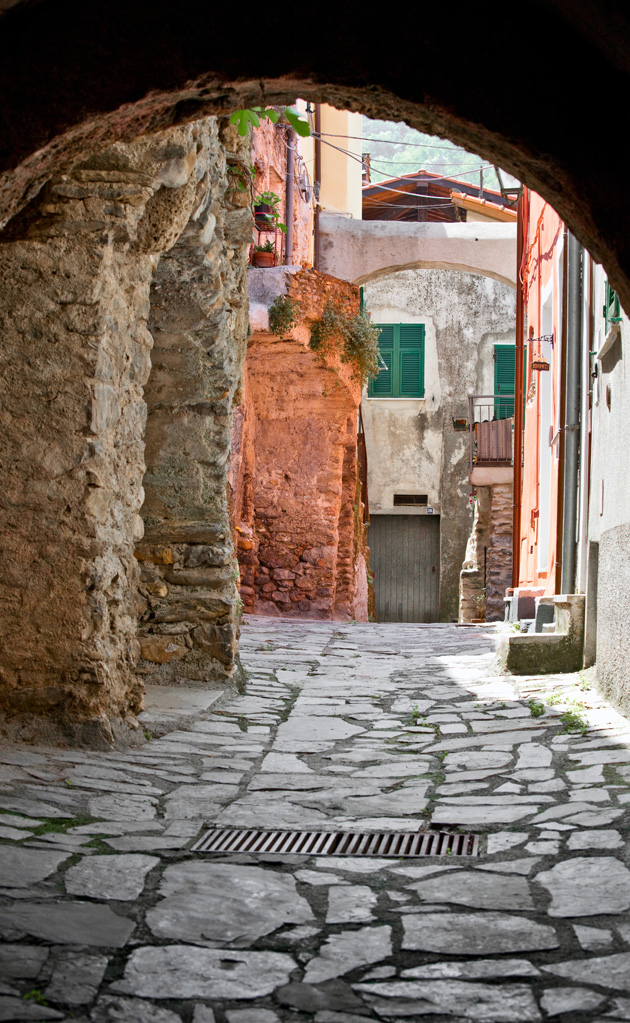 Have you just finished a padel match and still have energy? Why don’t you visit a nearby village? We have thought of a place that can be easily reached on…
Leggi
Location:
Viale Argentina, 5, 17051 Andora SV
Contact Us: